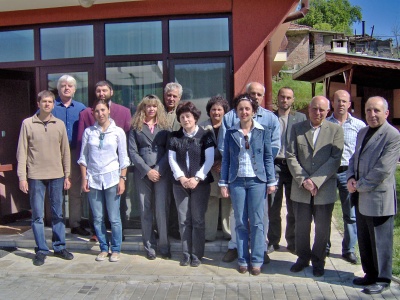 The direct cause and reason for this article is the ongoing Corona pandemic. It aims to discuss the implication of this for communication across societies, including between stakeholders in public sector, private sector, and civil society; and especially within civil society. The recent drastically changing parameters with their multiple synergy effects throughout societies, from the global level down to the community level (including the individual level), spells dramatic changes for patterns and processes of globalization. This article addresses part of the impacts on development cooperation. This involves priorities, goals, and means. With reference to the Logical Framework Analysis, it affects inputs, outputs, impacts, and outcomes.

The article addresses specifically the EEA and Norway Grants funding scheme, an international donor involved in development cooperation. There is a focus on civil society in two recipient countries, namely Lithuania and Poland. I hope this article will contribute to initiating a discussion on how to understand use networks given the emerging global processes of globalization.

Globalization is, however, changing fast as a consequence of the Corona pandemic:

Networks and Networking, I: The Beginning

The word “network” has been in use since a long time. The term traditionally referred to physical structures. Only recently did the word, in the form of a new construction, namely “networking”, appear. It refers primarily to relations between people: (a) “network” refers to a structure or system of people and/or groups, and (b) “networking” refers to the operation of a network, in that it points to what is exchanged between the individuals and/or groups that constitute a network (Note 1). The word originally referred to relations between people who were in physical proximity, and were engaged in face-to-face interaction and exchange.

While working at the World Bank, I was engaged in establishing and managing a number of networks. They typically aimed to connect World Bank staff, on the one hand, with people and groups in developing and transition countries, on the other hand. The focus was on connecting people that worked on the same issues, and that were engaged in joint projects. While many World Bank staff members worked in physical proximity, the external members lived in a large number of countries. Workshops, seminars, and conferences often took place at the World Bank headquarters. For external members the communication and knowledge exchange relied on email, websites, and, in particular, on regular newsletters distributed via email. The networks and networking activities that I have created, managed, and/or worked on, include (Note 2):

Most of these networks involve memberships, websites, events, and/or newsletters. One, CBNRM Net, is still active. The two main reasons for this are that: (a) I left the University of Zürich in 1993 to work for the World Bank, and (b) I left the World Bank in 2000 to move back to Norway. Both shifts of employment involved closing and leaving behind work responsibilities, including management of several networks, and taking on new job responsibilities. The networks CBNRM Net and "Norwegian NGOs partnering on EEA and Norway Grants projects" are presented below in the form of brief case studies.

CBNRM Net is, in every way, an example of changes in communication, the importance of public involvement, and the importance of a new mode of knowledge production, within the underlying context of globalization and availability of ICTs. More than that, CBNRM Net is an embodiment and integration of these very developmental tendencies and processes (Note 3).

Networks and Networking, II: From Internet / Email to Digitization

Digitization means use of new technologies in addition to the traditional ICTs, namely Internet and email. These new technologies include: video, cell phone, and multiple different social media platforms. It is still early days to safely conclude on advantages – and likely drawbacks – with this shift for how effectively and efficiently networks and networking operate.

In the future the basis of how networking operates may be virtual networking complemented by face-to-face networking. The Corona pandemic will certainly contribute to this shift. CBNRM Net is set to focus increasingly on digitization in its communication strategy. Recent networking activities in the EEA and Norway Grants, specifically involving calls for projects in Latvia and Poland, provide instructive examples.

A good part of the funding that this grant scheme provides is targeted at civil society in several countries in Eastern Europe and the Balkans. A key element of the projects to be financed is that the implementing NGO is advised to find a partner NGO or organisation in one of the three donor countries. To help in the process of connecting interested NGOs in countries in Eastern Europe and the Balkans with prospective partners in the donor countries, so-called matchmaking events are often organized in connection with specific project calls. These are typically large-scale events with a number of participants from several countries. The Corona pandemic has rendered such events impossible to organize. The alternative is to organize virtual events. One has already been organized for Poland, and at least one further event will take place in Latvia.

CBNRM Networking, together with my consulting firm Supras Limited, have been partners in projects funded by the EEA and Norway Grants since the beginning - 8 projects in Bulgaria, Latvia, Romania, and Slovenia (with several proposals currently being evaluated). A number of other Norwegian NGOs and organizations have likewise been partners in such projects over the years. Early on it became clear to several among us that the Norwegian partners would benefit from collaborating informally, including sharing experiences and learning from each other. Together with a colleague at the Norwegian Association for Adult Learning I created a website that would enable such informal networking and sharing, in effect, knowledge management and capacity development, among Norwegian partners in EEA and Norway Grants projects. We presented this networking idea and associated website in a meeting at the Ministry of Foreign Affairs in Oslo. We did not receive any feedback or comments, and this networking idea accordingly were not realized.

The Active Citizen Fund planned and implemented this virtual matchmaking event, with support from the Batory Foundation. I participated in this event. "Presentation of project ideas". This was, to my knowledge, the first ever such virtual event organized in the context of the EEA and Norway Grants, and it was my impression that both organizers and participants were in general satisfied with the outcome.

I shared the present article with the organizers and participants, and have received constructive feedback. I briefly presented my idea for a more organized approach to doing virtual matchmaking events (see section "A Project Idea" below). I have submitted detailed comments in a survey that the organizers sent out.

Following the matchmaking event, Active Citizen Fund sent out an evaluation form. Unfortunately, only 12 participants did so, and the organizer decided there were too few responses to make any conclusions. I have received the answers, and I agree with this assessment. I submitted answers myself, and thought that it might be helpful to share them in an abbreviated form (Table 1).

I will share this blog article with organizers and participants, and hopefully be able to briefly present my idea for a more organized approach to doing virtual matchmaking events (see section "A Project Idea") below. Following this virtual event, I will post brief review comments here.

Briefly, the goal would be to arrive at a more organized approach to doing virtual matchmaking events (and other relevant virtual events), in the context of the EEA and Norway Grants projects. We, that is CBNRM Networking (or Supras Limited, my consulting firm), would be interested in identifying interested NGOs in Latvia and Poland – possibly civil society umbrella organizations – that we can partner with on such project proposals. Civil society organizations elsewhere in Eastern Europe and the Balkans might be interested in this project idea. A more structured approach to organizing such events should ideally take place within an informal (or more formalized), national network of likeminded NGOs. We would contribute our vast experience in international networking operations and projects, covering virtual means of communicating, sharing, and knowledge management (see the examples of networks above).

The short-term goal with these projects would be to provide capacity development and training to NGOs on how to do constructive and efficient networking (domestically and internationally), with an emphasis on how to balance the use of traditional physical networking and virtual networking. Furthermore, as for virtual networking, the training would cover, among others, video conferencing and use of dedicated social/media business platforms. Finally, the training would address information management, specifically knowledge management.

I understand these two virtual matchmaking events as unique first opportunities to evaluate the use and role of virtual networking in practice. I have invited the organizers of these events to share their experiences, and asked them for advice when it comes to planning such virtual-cum-physical networks, initially and later across the region.

Conclusions: The Future of Networks and Communication

Preliminary Assessment on Networks as Means for Communication

The overall context for CBNRM, and accordingly for CBNRM Net, is globalization. That is, CBNRM Net is understood as presenting new sets of tools – or existing tools packaged in a new / different way – for natural resource and CBNRM management in the contemporary context of globalization. This raises the following important question: what kind of criteria can be identified for networks to function as such a tool? The following are some issues that should be considered in this connection: