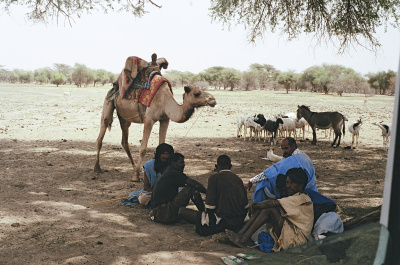 Throughout my professional career I have been interested in networking, from the beginning directly, or face-to-face, and later on increasingly virtually. Starting with my employment as a World Bank staff member in the early 1990s, I began eagerly to utilize the new possibilities available with the Internet and email. Since then my networking activities have increasingly focussed on virtual networking.

A main reason for this is that relevant stakeholders increasingly are not available in the same location, or region, or country, not to mention the same continent. Essentially, the typical development oriented network today consist of people and organization that live far apart, most of whom are likely to never connect physically.

Another reason for my interest in networking internationally is that most of the issues, challenges, and problems we face in development cooperation are found throughout the world. By the same token, the solutions are also available internationally. Networking thus focuses on knowledge management, and sharing of knowledge between participants.

I have initiated, managed, and/or worked on networking in a number of different areas, including: Common Property Resources (CPR), Community-Based Natural Resource Management (CBNRM), Integrated Coastal Zone Management (ICZM), development cooperation, fisheries, human rights, indigenous peoples, intellectual property rights, and project management. Some were successful and long-lasting (partly ongoing), while others for a number of reasons did not really take off, which certainly provided interesting lessons in how to not do it (Note 1).

The networks and networking activities that I have initiated, managed, and/or worked on, include the following (Note 2):