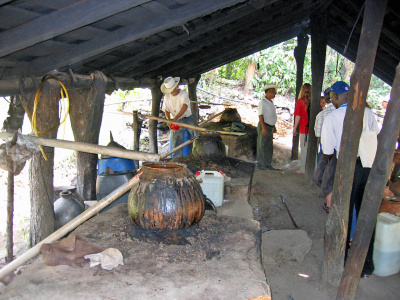 A recent Devblog article (also published on LinkedIn), was titled “Living languages – and dead ones” (Note 1). It addresses the fact that many of the languages spoken by indigenous peoples and ethnic/cultural minorities are severely endangered, with many becoming extinct in recent years. Moreover, the rate of extinction continues. The article evaluates ongoing efforts to address this extinction.

United Nations Convention to Combat Desertification (UNCCD) works to combat land degradation (Note 2). UNCCD addresses this via broadly defined approaches and activities. A key focus lies in working with specific stakeholders, and aims to identify their needs, resources, and limitations, in relation to other stakeholders. The goal is to arrive at solutions that provide optimal security for future income generations, while at the same time decrease land degradation. I have been involved in this work, specifically with the private sector (Note 3). Recently UNCCD started work on addressing a specific group of stakeholders, namely local people that own – or have use rights to – specific natural resources, be it grasslands, forests, plants, soil, trees, or water (including freshwater and saltwater). A term that covers many of these stakeholders globally are "indigenous peoples". More generic terms – albeit vaguer, because of the lack of an agreed upon definition – would be "ethnic minorities" and "cultural minorities". This article presents some preliminary comments on the connection between: (1) languages, (2) land tenure, and (3) land degradation.

Land tenure and tenure rights are terms that may not be intuitively understood by many. It follows that they may not be understood to be relevant to prevent land degradation. An important reason for this is that many stakeholders, certainly in the global North, intuitively think of natural resources as being privately or individually owned. That is, the owner is a single person. The idea of ownership being vested in a collective – that is, common property rights – is not well understood, and, accordingly, not well accepted. Add to this the sometimes-complicating issue of the difference between communal ownership rights and communal use rights. Common property rights, together with culture and language, are important for UNCCD's planned work on tenure rights, for at least the following closely connected arguments or processes:

The above arguments, or rather two-way causality chain of processes, can be summarized as follows:

In the above figure, the links between the various elements aims to show how the causality is reciprocal, that is, it goes both ways. Some might find the choice of issues included, their implied definition, together with the relationships between them, somewhat different from what they are used to. For me, however, the goal here is not to follow any established orthodoxy in social science in using and relating concepts. Instead it is to present a sequential logic of issues and processes that hopefully make intuitive sense. I have, in effect, tried to disentangle the vastly complex processes of the relationships between nature and culture, between environment and people, in order to present it in a more didactic way, and accordingly hopefully make it more intuitively understandable. Additionally, this approach should also make it more useful for understanding how change occurs, and how change impacts the overall relationship between the environment and its local users in multiple and often surprising ways.

So, Where Does This Leaves Us?

With languages disappearing, and, what is more common, with languages becoming infused with words from other languages, primarily colonial languages (Note 6), the ability to communicate subsistence practices and tenure rights change dramatically. When old terms disappear and whole languages die, this communication stops completely. Of course, people do not stop talking to and with each other – their language may survive, but will be infused with foreign words. In effect, their language will change. And these foreign words never cover the exact same meaning and content as the original words that they were supposed to replace. The result is less successful communication, intra-generational and especially inter-generational. Sons do not learn the old practices of farming, herding, and fishing, and old and established tenure rights systems change, or even dissolve. As a result, common property rights systems tend to turn into private property rights systems. This, in turn, leads to uncertainties and to conflicts, and to changes in land tenure and subsequently to land degradation. I hope that this article can provide ideas and incentives for addressing the negative changes.

Notes
(1) Available at: https://devblog.no/en/article/living-languages-and-dead-ones. A shorter version of this article is published on LinkedIn, at: https://www.linkedin.com/pulse/living-languages-dead-ones-lars-soeftestad/
(2) United Nations Convention to Combat Desertification (UNCCD), for link see Sources.
(3) This concerns specifically multinational corporations that invest primarily in developing countries. This is the focus of the Sustainable Land Management Business Forum (SLMBF). Details at: https://www.unccd.int/convention/our-partners/private-sector
(4) There are obviously arguments over what came first, culture or language. Part of the reason for this discussion is how to define "culture" (and perhaps also "language") for the purpose of this argument. A safe position would be to argue that they developed in parallel, mutually reinforcing each other. If so, this whole discussion can safely be called off.
(5) Originally developed in Southern Africa, CBNRM is today used internationally. The Norwegian NGO "CBNRM Networking" manages "CBNRM Net", a global network of, for, and by CBNRM practitioners (see Sources).
(6) The main colonial languages that are historically recognized as operating at regional and/or international levels today, are: Arabic, English, French, Portuguese, Russian, and Spanish.
(7) Image credit: Supras Ltd., Norway and Bulgaria. About: fieldtrip organized at a conference of the International Association for the Study of Commons (IASC), Oaxaca, Mexico, August 2004. The group visited a village that produced Tequila.
(8) Relevant Devblog articles: "Living languages - and dead ones" at: https://devblog.no/en/article/living-languages-and-dead-ones
(9) Other Devblog articles: "Indigenous peoples and the environment" at: https://devblog.no/en/article/indigenous-peoples-and-environment | "Appropriation of indigenous cultural property" at: https://devblog.no/en/article/appropriation-indigenous-cultural-property
(10) Permalink. URL: https://devblog.no/en/article/languages-land-tenure-and-land-degradation
(11) This article was published 11 February 2020. It was revised 13 March 2021.