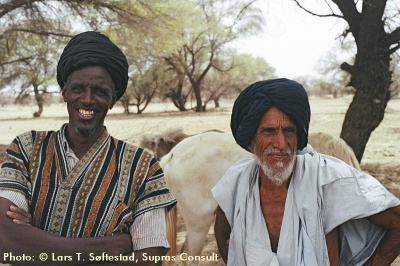 Development cooperation is serious business. Those of us that are involved work with often extremely complicated issues, involving an untold number of variables – as available in both environment and culture. Furthermore, a large number of people are involved, variously defined as, among others, "beneficiaries", "project-affected", or more generally as "stakeholders". This is in and of itself an extremely complex category – along almost as many variables, including ethnicity, gender, kinship, language, race, religion, social organization, and values, to name some of the key ones. Our work takes a long time, as a typical project can last up to 6-7 years.

In many projects so-called experts (earlier invariably of the category "expat", but today increasingly themselves citizens of the country where the project or investment operation is located. They, too, have of diverse backgrounds. In my case, as a social anthropologist, in any one project I may work with people trained in several natural science disciplines. Importantly, in addition to their specific expertise they are themselves likely to coming from different cultures in as any countries. Inter-disciplinary – as well as cross-cultural – approaches are accordingly central to defining problems, causes, and goals.

To further complicate matters, while development projects aims to change societies in various ways, on various levels, these societies are themselves changing, aside from whatever the project may contribute to. In other words, the situation that was identified during preparation of a project, including the overall rationale for the project in the first place, will likely change during project implementation. It follows that in some cases the project management may experience that the original goals have to be revisited and revised (often done during a mid-term evaluation), and even so, one may have the frustrating experience of observing how a project's goals seem to recede into the future.

Given the above brief overview of some aspects of implementing an investment operation, a development project, it it clear that things does not necessarily happen the way they should happen. Things can go wrong, and they do get wrong. Lacking progress and conflicts - internal, between the project and stakeholders, and between stakeholders, occur. The result may, in a worst case scenario, a so-called "white elephant" (see Note 1). This happens because the ground truthing is not good enough, because staff, national as well as international, are not up to managing the unforeseen situations that occur, because macro-level and micro-level external issues change and interfere, and/or because of various forms of corruption. Hard work to address the problems may or may not have the hoped-for effect.

It can be debated if the correct label to use is "satire" or "sarcasm". Here the decision has been made to use "sarcasm". Satire explicitly incults it's subject, while sarcasm implicitly insults someone. Further, while satire seeks to entertain its audience, sarcasm can be understood to aim to change its audience's way of thinking.

Under these circumstances project staff and others familiar with a project will naturally react – frustration, criticism, and more is the order of the day. Some among them manage to rise above this and, putting pen to paper, write sometimes hilarious, but always critical, texts that summarize their experiences. The better ones are constructive in that they give reasons for the problems, and propose ways out, if not in this project, then in future projects. On an individual psychological level these texts function as outlets for the bent-up anger that project staff feel. Further, removed in space and time, there are the managers and others who, informed by years of working in this field, manage to elicit the essence of how projects work or not, and write sarcastic as well as funny, texts that present this.

Evaluation reports that dig deep, and that unearth the causes for problems, will obviously continue to be the standard evaluation texts. At the same time, I find that some of these sarcastic texts – partly mini-evaluations in their own right –  are also useful, and shoulbjd even valuable.

These sarcastic texts have always interested me, and over the years I have collected those I have come across. I present them here for your enjoyment and use. They are presented in no particular order; they are listed in more or less the order I came across them. Comments are welcome, as are tips about further texts that can be included. Please use the comment section at the bottom of this page.

Notes
(1) White elephant: This term refers to a very expensive project that fails to deliver on its function and/or becomes very costly to maintain. From a financial point of view it refers to an investment that is so expensive to operate and maintain that it is extremely difficult to make a profit.
(2) Image credit: Supras Ltd. May 2004. Pastoralists from Mali, south of Ayoun el Arous, Hodh El Gharbi, southeast Mauritania.
(3) Permalink. URL: https://devblog.no/en/article/development-cooperation-sarcasm
(4) This article was published 31 May 2016. It was revised 20 December 2019.