Our House is Falling Apart 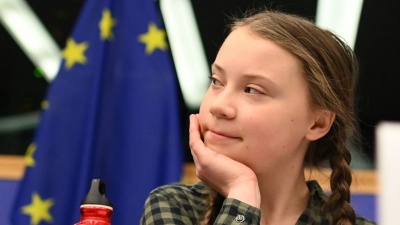 The title of this article is a quote from environmental activist Greta Thunberg (by now we all know that she is a 16-year-old schoolgirl from Sweden, right?), in a presentation to the EU Parliament's Environment Committee on 16 April 2019. It was an impassioned and partly emotional presentation, beautifully constructed and delivered. The title quote, as well as another quote from the presentation, "Panic Like the House is on Fire", are direct references to the recent ravaging fire in the Notre Dame in Paris, and were used very aptly by Thunberg for the purposes of her own argument.

A section of the presentation contained a number of examples of current environmental management decisions. Each example began with "If our house was falling apart you would not ...." As a Norwegian, I took to heart the example of how Norway has forbidden deep-sea drilling for oil and gas outside the Lofoten archipelago in the north, while allowing deep-sea drilling for oil and gas anywhere else. Thunberg here characterized current efforts at more sustainable management of natural resources as piecemeal and paltry. The section ended, predictably, with the sentence: "Well, our house is falling apart".

Her presentation went right home with the audience, who applauded several times. Listen to it and judge for yourself (see link "Euractiv" in the Sources)!

There is a relevant back story here: Two conservative groups, the European People’s Party (EPP) and the Alliance of Liberals and Democrats (ALDE), blocked an earlier suggestion that Thunberg address the full Parliament. ALDE actually stoked controversy a few days earlier when it invited Bjørn Lomborg to address a meeting. Lomborg is perhaps best known for his longstanding and persistent belief that technological inventions alone suffice to address any and all environmental problems globally.

This last controversy is all the proof we need to draw the conclusion that values and appeal to moral and morality unfortunately only go so far. In the final analysis also this, the future of mankind and our planet, is all about politics, money, and voters (politicians want to be re-elected).

Thunberg refers to convincing scientific data. Her approach to using these data is a very personal one. She appeals directly to peoples' beliefs and value systems. And she is concrete, for example, in the argument that EU politicians should vote on behalf of their children and grandchildren, who, if worse comes to worse, will have to live with the consequences of future worst-case environmental scenarios. Moreover, she focuses on her own generation, on the children and grandchildren who – 20 years hence, and for the rest of their lives – will have to live with the consequences of the lack of action by today's politicians.

Thunberg's approach is understandable given where she comes from, not the least her age. She in fact argues that we already know enough to take actions that will make a difference. She sees no need for further research and studies, and she may understand such arguments as procrastination, as a lack of willpower to make the necessary drastic changes. Instead of going to school she opted to sit outside the Swedish Parliament in Stockholm to protest, arguing that she did not learn anything useful in school (Note 3). While her arguments and approach can be characterized as both simplified and emotional, I have no doubt that she over time will present more complex analyses and approaches, while keeping intact her very personal engagement and commitment.

One area which she no doubt will cover also in the future is the fact that appealing to the individual person or citizen will likely only go so far. It will also be necessary to address collectives of citizens, as available at the levels of cultures and countries. Individuals may follow one set of rationales, and sometimes more than one. These same individuals, constituted as collectives, will likely follow another set of rationales, and the individual and collective rationales may or may not overlap. A crucial collective rationale is, in social science terms, often referred to as cultural lag (I am, after all, a social anthropologist). We know this term in its relative role to technological change – technology changes much faster than cultures do, and cultural change as a consequence lags behind. Cultures have a permanent problem in trying to "catch up" with technological change, and more so the more developed the culture or country is. Oftentimes, and increasingly so, before cultures, as collectives, have managed to adapt to a particular technological innovation, a new technological innovation renders the existing one obsolete, or certainly unusable.

The term cultural lag is applicable here for partly different reasons. There are at least two major implications of how to address this cultural lag. First, it necessitates changing behaviour at the individual level, in order to comply with the strict interpretation of how to avoid a future environmental and social/institutional collapse. This is fraught with problems. It amounts to changing societies from below, one individual at a time, so to speak. Change in this way will certainly be a long-term process, as it aims to change societies from the bottom up. This is where Thunberg so far appears to focus her work. Second, it necessitates changing behaviour at the collective level, that is, at the level of the culture and the country. This can be understood as using centralized planning towards managing social change and regulate the future development and behaviour of a society at a collective level. An often-used term for this process and associated goal is social engineering. This approach can be understood as changing cultures and societies from the top and down. The EU politicians mentioned above would, at least in theory, be well positioned to take a lead on this, as representative of their children and grandchildren, as representatives of the whole continent of Europe, with crucial actions that will have to be taken both at national and the supra-national levels. Finally, and crucially, these two groups of stakeholders, here generalized as children and grandchildren, on the one hand, and politicians, on the other hand, will have to collaborate.

Notes
(1) An earlier version of this article was published on my Facebook timeline 17 April 2019.
(2) A shorter version of this article was published on LinkedIn Pulse 17 April 2019, at: https://www.linkedin.com/pulse/our-house-falling-apart-lars-soeftestad/
(3) An often heard argument is exactly that she is young and inexperienced, and that she should go back to school, and return again better prepared. A person from Bangladesh has already presented this very argument on Facebook, arguing that his country will disappear under water while she is throwing away valuable time on her protest actions.
(4) Image credit: EPA-EFE / Patrick Seeger. The image is used in the Euractiv article listed in Sources.
(5) Permalink. URL: https://www.devblog.no/en/article/our-house-falling-apart
(6) This article was published 17 April 2019. It was revised 18 April 2019.