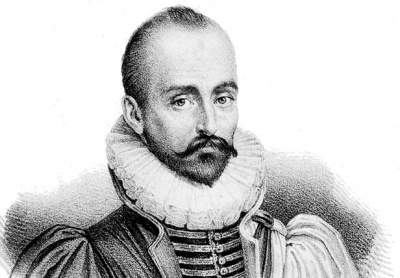 Today I cut the grapevines (white, old, very sweet, unknown varieties) in my garden in Boyana, outside Sofia. Among the many firsts I have experienced while traveling the world, this may rank as numero 1. Not a lot grows in Norway because of the long winters and the short summers, so this is totally exotic!

It is only a couple of weeks since there was 1 1/2 m snow up here and minus 10-15 degrees. Over the past couple of weeks nature has exploded, and spring has arrived two – 2 – months early. Flowers have come out, while an apple tree has decided to make a run for it, and in a greenish shimmer indicates that leaves will sprout soon.

I am in Kristiansand, my other home, traveling back to Sofia tomorrow. A first task will be to harvest the grapes. The season has been good, there are plenty of them, and they are very sweet. There is an Indian Summer in Sofia right now, and this year may be the longest summer on record. Last year was different. While we argue that when we were children, we had warm, dry, long summers and long, cold winters with lots of snow (as I am prone to do, knowing full well that meteorology may prove me wrong). Today, however, people can refer more convincingly to changes occurring over short time spans, say a decade, as my neighbors in Boyana do and, in fact, as people throughout the world do. Our recall of short-term changes is more reliable, and this time around meteorological data support us.

Looking back on February, I ponder how nature impacts peoples and cultures (the other causality is obvious), not just the diurnal and annual rhythms, but at an existential level. Does the fact of seasonal shifts impact us? If so, how? More importantly, how does climate change affect us?

I have grown up with four marked seasons. I have also lived for extended periods in countries in Africa and Asia where there are only two seasons, if not according to culture certainly according to the way they are experienced.This is not my thing. I accordingly use the term "vicissitude" in its literary meaning, referring to the alternation between opposite or contrasting things or states, specifically the changing seasons.

How can we adapt, on a societal and an individual level, to the present fast and dramatic climate changes? Somehow, the naked numbers on changes for the worst do not seem to get through to us. Life goes on as usual. Are there other ways of getting the message across? I am thinking of Michel de Montaigne (well, I always think about him). How I wish he had been around to contribute his trademark essays about these problematic issues, pointing at the everyday thoughts of individual persons, and the impacts on them and the relational networks they – that is, we – are part of (Note 2). I, for one, would have loved to read his humane, incisive analyses and conclusions. I am certain it would have made a difference. In his absence others need to take up the literary challenge and talk to us about humanity and life at the present difficult crossroad.