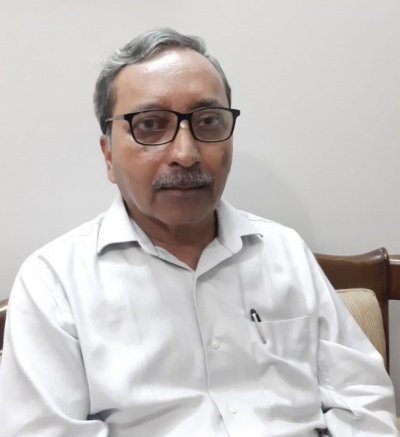 The Bangladeshi newspaper The Daily Star on 13 October 2019 carried an article titled "Forewarning can minimize the devastation of river erosion". It was an interview with Dr Maminul Haque Sarker, Deputy Executive Director, Centre for Environmental and Geographic Information Services (CEGIS). I sent the following letter to the Editor, commenting on the article:

Thanks for posting this interesting interview with Dr M H Sarker of CEGIS.

I have lived the havoc that river erosion can wreak. In Sunamganj I experienced devastating flash floods. On Sandwip, while preparing the feasibility study of the proposed Sandwip Cross-dam Development Scheme, I witnessed how more than 1 m of the island's west coast disappeared each day, displacing thousands of people.

I am a social scientist, an anthropologist, and this, together with experiences from similar situations elsewhere, gives me a special perspective. I understand that CEGIS has made important advances in producing forewarnings. At the same time the article seems to argue that erosion can be stopped through engineering. This would be prohibitively expensive (as the Sandwip case shows), and I do not believe it will succeed. Floods are natural phenomena, and for example roadbuilding in the haors impacts these processes severely. Efforts to engineer the country's river-system has already had serious implications, including for fisheries and biodiversity. Furthermore, I miss a stronger concern with the plight of affected people. Finally, it is not clear how forewarning will minimize the effects of erosion.

We – that is, humans – have since the beginning of time worked assiduously to transform our immediate (and increasingly less so) natural environment. Steadily more effective technologies and engineering capabilities have increased our ability to do so many times over, and this level of impact is increasing.

Many of these transformations and infrastructure activities are labelled as "structural interventions", in the sense that they may cause sustained damage. This is, however, a general statement. Not all structural interventions cause sustained damage – all the time, at the same level, in the same way, and/or for all people. This is rather more complex than simply assessing damage done. Some such infrastructures are made by those in power, with the damage falling on the powerless masses. Others are implemented in a more-or-less democratic ways, based on a pro-et-contra balance sheet. That is, we – including the politicians and bureaucrats that we elect/appoint – accept that structural interventions will have both negative and positive implications, consequences, and impacts.

The troubling cases – whether the structural interventions are planned in acceptable democratic ways or not (the latter may more often than not be the case) – involve situations where the consequences and impacts become evident only after the fact, some time in the future. These are consequences and impacts that were not known when the infrastructure intervention was planned and built. They involve complex negative feedback loops and synergies, and once they appear, they are often impossible to stop, or even address.

Building of levees (variously also referred to as dikes, dykes, embankments, flood banks, or stop banks) for purposes of managing water flow (specifically regulating water levels), in river systems is a very good example. Managing water in this way has been done always, with smaller or important implications for the local environment. As the purpose of levees is to manage water for agricultural purposes, any other effects are neither focused upon nor deemed important. In the haors area (these are deep depression where water resides throughout the year, that is, a type of lake) in Sylhet in northeast Bangladesh one side-effect of building levees is that river fish do not reach the haors during the monsoon, which in turn seriously affect fish production. Modern technology has increased the building of levees many times over. More importantly, today levees are increasingly built not for purposes of water management, but as foundations for roads. Even worse, along these extensive roads, bridges and culverts that create connections between the water bodies of either side of the levee are seldom built. Thus, roads built across haors are most certainly a case of structural interventions that cause sustained damage.